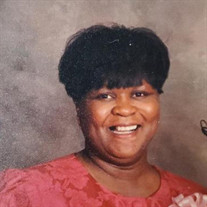 Benni Caryol Washington was born the second of two children from the union of Benny Jennings and Maggie Guthrie on November 3, 1946, in Saint Louis, Missouri. Benni Caryol, as her mother used to call her, was raised in the small town of Marshalltown, Iowa. It was there that she graduated from Marshalltown High School and went on to attend Marshalltown Junior College. Much like her older brother Thomas, she excelled in track and basketball while in school. After junior college, she attended Northeast Missouri State University, now known as Truman State University, where she earned a bachelor’s degree in Sociology. While at Northeast, she met and married her love, Sharron D. Washington, in 1968. In August of 1975, she earned her master’s degree in Counseling and Guidance. Benni Caryol went on to teach in the St. Louis Public school system at Beaumont High School and Northwest High School before moving on to teach in the St. Louis County school system at Kirkwood High School until she retired. As a teacher, Benni knew how to keep her students in check, while ensuring they learned the curriculum and life lessons. Additionally, she made sure to teach them about their culture. She initiated and participated in many programs where the main objective was to teach students how to be proud of their heritage. She truly believed in the African proverb “Each one, teach one.” Benni Caryol was known by many to have an ear to listen, a heart ready to give some honest advice and an oven full of baked goods to hand out to family and friends. She was also known to never forget a birthday and knew everyone’s special day by heart. She was an avid reader and would read three or four books in a single weekend. Her laugh was contagious and her wit was sharp. Benni loved her family, and she did not hesitate to remind anyone where her loyalties lie. She was sure to be in attendance at all events involving her children, whether it was an icy cold football game, a blistering hot track meet or an award ceremony in a different state, she was there. They were sure to hear her booming voice over all the others as she cheered them on. Later in life, she spent many memorable evenings watching movies, enjoying snacks and cuddles with her children and grandchildren for hours. Benni was a mother figure to many and a steadfast friend. She was a strong woman, both in faith and in spirit and remained so until she was called home on April 4, 2022. Benni Caryol Washington was preceded in death by her mother and father and her brother, Thomas James Jennings. Benni leaves to cherish her loving memory: her husband, Sharron D. Washington; son, Sharron D. Washington II (Ashlei Washington); daughter, Andria J. Washington-Austin; granddaughters, Candace Cortez, Kylie Washington, Kiara Washington, Kolbi Washington and Avery Austin; and grandsons, Richard Austin, Vincent Smith, Jr. and Xavier Smith; and a host of stepchildren, great-grandchildren, nieces, nephews, cousins, relatives, and friends.

Benni Caryol Washington was born the second of two children from the union of Benny Jennings and Maggie Guthrie on November 3, 1946, in Saint Louis, Missouri. Benni Caryol, as her mother used to call her, was raised in the small town of Marshalltown,... View Obituary & Service Information

The family of Benni Washington created this Life Tributes page to make it easy to share your memories.

Benni Caryol Washington was born the second of two children from...

Send flowers to the Washington family.