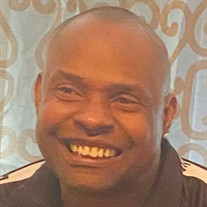 Steven Craig Sisk was born to Sylvester Sisk, Jr. and Jeanetta D. Sisk on December 16, 1962 at Homer G. Phillips Hospital at 11:47 p.m. Steve was the seventh of eight children. His father, one brother (Larry Sisk) and one sister (Jerrilyn Eberhart), preceded him in death Steven received his education through the St. Louis Public Schools and graduated from Vashon High School in 1982. While going to Vashon, he played basketball. Steve loved all sports. He confessed his hope in Christ at an early age and was baptized at Mt. Vernon Missionary Baptist Church by the Rev. Paul Benson. Steve began working at an early age, from selling candy door to door and being a camp counselor where he received several certificates from the American Camping Association. Later he worked as a Post Office Casual Worker as a Mail Sorter. He worked Rehabbing Houses where he went back to school to learn how to do Lead Abatement. Steve received several certificates there as well. While crafting his trade, he met Gwenda Williams in 1980 and with that union they had three children, Keyauna, Andrea and Steven Jr. He was so proud of them… He was also blessed to have four grandchildren, Dominique, Dereion, Za-Niah and Oscar. Grand Papa loved them dearly…. In 2011, God spoke to him leading him to relocate to Radcliff, Kentucky where he lived with his brother, Jerome “Tony” until he was able to move out. Steve worked with several moving companies for three months. Then he began working for the temp agency because he liked the flexibility. Steve began to drive a forklift. There he found his niche and loved his job. Steve did move his membership to a baptist church in Radcliff to keep his connection with God. In November 2020, Steve became ill. By the grace of God, he kept smiling and was in good spirits through it all. While struggling, he never stopped believing in God’s healing power. Through the last couple of months, he spent time with Tony watching from football to basketball games together. God dispatched his angels to take care of him. His brother, Tony / Sue, his son/friend, Josh and friend, Rick were there with Steve through his last days with us. He ran the race, he kept the faith, he finished his course. On March 25, 2021 at 2:30, Steven answered the call from God. He was given the ultimate gift, his wings and then his crown. Steve leaves to cherish his memories: his mom ~ Jeannetta D. Sisk; his children ~ Keyauna, Andrea and Steven Jr.; four sisters ~ Sharon Crudup, Karen Shelton, Yvonne Oliver (OC) and Ingrid Edmond, all from St. Louis, Missouri; one brother ~ Jerome (Sue) of Radcliff, Kentucky; four grandchildren ~ Dominique, Dereion, Za-Niah and Oscar; and a host of nieces, nephews, cousins, bonus son ~ Josh, and friends including ~ Rick.

The family of Steven Craig Sisk Sr. created this Life Tributes page to make it easy to share your memories.

Send flowers to the Sisk family.