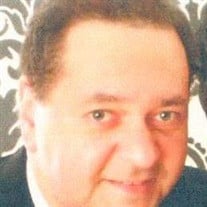 Steven Gregory Washington was born August 23, 1963 to the union of Frank Lee Washington and Joan M. Washington. He accepted Christ at a very early age and received his formal education in the St. Louis Public School System where both parents... View Obituary & Service Information

The family of Steven Gregory Washington created this Life Tributes page to make it easy to share your memories.

Send flowers to the Washington family.