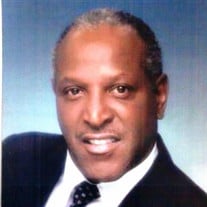 Life Reflections &#8220;And said, Naked came I out of my mother&#8217;s womb, and naked shall I return thither: the Lord gave, and the Lord hath taketh away; blessed be the name of the Lord.&#8221; Job 1:21 KJV Terry Lee Weaver was the third... View Obituary & Service Information

The family of Terry Weaver created this Life Tributes page to make it easy to share your memories.

Life Reflections “And said, Naked came I out of my mother’s womb,...

Send flowers to the Weaver family.