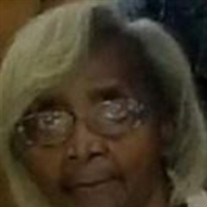 Verna Mae Caltine Batton 78, of Peoria, IL passed away at 11:48 peacefully at her home on September 27, 2020 surrounded by her loving family. Verna was born on November 17, 1941 in Sherrill, AR to Jack Dunbar and Lorene McGregor. Verna worked... View Obituary & Service Information

The family of Verna M. Batton created this Life Tributes page to make it easy to share your memories.

Send flowers to the Batton family.